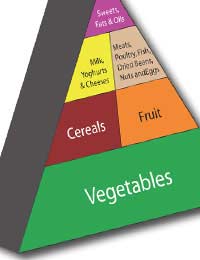 What Is Prader-Willi Syndrome?

Prader-Willi Syndrome, known as PWS, is a relatively rare genetic condition that results from the disruption of chromosome 15 which in turn leads to a failure of the hypothalamus, the area of the brain which controls hunger messages. Around one in 15,000 people are born with PWS.

The symptoms of the disease are distressing for children who have it, and their families, because they experience insatiable hunger. Sufferers will eat without stopping and have been known to eat earth, clothing, paper – in fact just about anything they can swallow. The result is rapid weight gain leading to a level of obesity that causes diabetes and can damage the heart, lungs and skeleton because of the pressure the excessive weight puts on the body. As PWS is a genetic condition, it is incurable – it can only be managed.

The strangest element of PWS is that although those who have it are always hungry, they actually need fewer calories than a normal child of the same age. This means parents have to take strict measures to control calorie intake. A specialised food pyramid helps, but should only be used under expert advice.

Working from the standard food pyramid, the first thing is to reduce the number of daily servings for each food group. Most people with PWS will need only 800 to 1,200 calories a day, because their calorific needs are around 60% of those needed by the general population.

The second step is also vital – the largest group on a standard food pyramid is cereals, but on a PWS pyramid, the largest group should be vegetables. Making the vegetable group the largest section of the pyramid means vegetables become the bulk of the diet. Vegetables are dense and filling but contain relatively few calories so they allow a larger volume of food to be consumed, giving the person with PWS a feeling of greater satisfaction.

The third step is to ensure that food is served four times a day, in two meals and two snacks.

The fourth issue is that food serving sizes remain the same as for the standard food pyramid, except for the meat section of the pyramid which is described in detail below. However, the number of servings alters for all foods as detailed.

The cereal group moves up the pyramid and should only consist of three to five servings a day. Fruits tend to be relatively high in calories and should be served four times a day: once with each meal and once with each snack.

The dairy group should only have two servings a day and the foods chosen should be either low fat or, preferably, non fat.

The meat group presents particular problems – unlike the standard food pyramid it should be served only in 50 gram servings and only one or two servings a day should be given. Due to the high fat content of nuts, the PWS food pyramid doesn’t contain nuts at all, and peanut butter which is high in fat and calories, should not be included in the PWS diet.

These should be strictly limited for people who have PWS. The suggestion is that except for unsaturated fats – those which are liquid at room temperature and can be used to cook foods - they should be consumed once a month by people on a 800 calorie diet, and once a week for those who are using the 1,200 calorie diet.